The government want ISPs to collect and store all the emails that we send. (Actually, the government have said that they only want to know who is talking to who, not what they are talking about.) Email via SMTP/POP3 is typically unencrypted and is the equivalent of sending messages via postcards. (Actually, postcards have some security because only the postal workers who handle the postcard - and clearly the people in your house after the postcard comes through your letterbox - can read the message.) SMTP and POP3 can be delivered through  secure sockets layer (SSL), that is, the messages are encrypted before being sent. Web based email systems like GMail also use SSL. Channel 4 News are reporting that they want ISPs to devise a system to intercept and decrypt such encrypted emails.


There are several technical issues why this is difficult, but to explain why I need to explain some basic cryptography. The most important aspect of encrypting messages is key-exchange, and this is carried out by asymmetric cryptography, which is asymmetric because it uses two keys. Clearly if there is asymmetric cryptography, there must also be symmetric encryption. Symmetric encryption uses one password (known as a key) to encrypt and decrypt data. It is fast and, as long as the key is large (key length is typically described as how many binary bits of data is used in the key), it is secure. The problem is that if I encrypt a message with my symmetric key and pass the message to you, you have to have my symmetric key to decrypt the message, and so I have to find some way to send you the key. 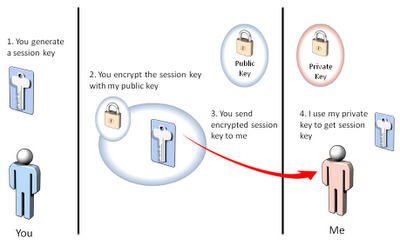 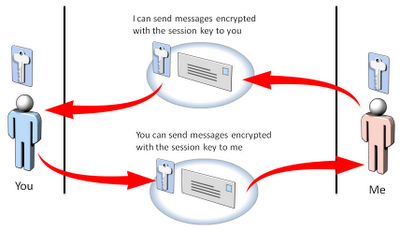 
The Channel 4 News articles suggests that the government will forge certificates of well known email servers (Gmail, Yahoo Mail, Hotmail, btinternet.com, Talk Talk etc) so that they can perform a man-in-the-middle attack. To do this they will have to use a trusted certificate. The problem is that the certificate authority will know that they are signing a forgery, and will be complicit in the forging process. Certificate authorities (Thwaite, Verisign, GoDaddy etc) are commercial businesses and they make money based on their customers and other users trusting them. If such an authority is found to be signing forgeries they will lose trust and lose huge amounts of money. So it is not likely that this attack will be performed using certificates that can be traced back to a commercial certificate authority. It is possible for the UK government to issue their own certificates, but if the UK government is known to be perpetrating man-in-the-middle attacks then people will simply reject any UK government issued certificate (or any certificate that can be traced to them).


Thus, I cannot see how the attack suggested by Channel 4 News can work.
at 22:51 2 comments