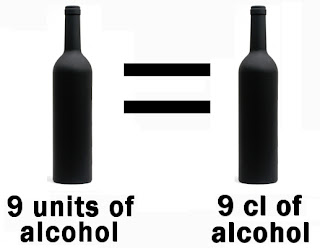 "We will provide a health visiting service and provide an additional 4,200 Sure Start health visitors, based in Children's Centres, who will help families provide support from before birth to primary school."

Now let's have a look at some other policies. These are largely unrelated, but it is interesting to see what the Conservatives plan to do and the effect such plans will have on us. Let's start with a policy that will not affect us because they have no intention of implementing it.

"there will be a significant increase in single rooms across the NHS specifically reserved so that patients who have, or are suspected of having, a hospital infection"

Now let's have a look at another policy that won't be implemented because it will have no effect at all.

"We will work with the drinks industry to improve labelling so that people are more aware of amount of alcohol in drinks (rather than the misunderstood 'units' system) as well as guideline limits."

This is rather farcical. It is simple: a unit is 10ml of alcohol and the guidelines are that the daily consumption for men should be less than 3 to 4 units and for women it should be less than 2 to 3 units. (Previously the guidelines were that men should drink no more than 21 units per week and women should drink no more than 14 units.) The health spokesman, Andrew Lansley indicated that the "misunderstood 'units'" should be replaced with "centilitres of pure alcohol". The farcical aspect of this policy is explained by the simple equation:

So the new innovation that Lansley is suggesting is to replace the phrase "units of alcohol" with "cl of alcohol" and everything else will remain the same. A pure waste of airtime.

"For two generations, we have seen too much urban space designed around the needs of motorised transport. It is now far too easy not to walk and cycle. A Conservative government will make these activities feel safer and more desirable than other forms of transport."

This seems to be at odds with the Mayor of London who has shown his dislike of schemes to discourage car use (and axed the extension of the congestion charge) and who has raised the price of public transport above the rate of inflation which clearly discourages people from using public transport. If people don't have public transport they use cars.

This is from a party who say that they will tax us less. This is a policy that will clearly affect moderate drinkers of these beverages.

Finally, there is this rather obscure statement:

"This is one reason why we believe that greater personal control of health records could lead to significant benefits, by helping people to take more responsibility for their health through sharing information with third parties if they choose to do so."

"we will put patients in charge of their own health records, with the ability to choose which providers they share them with"

Who are these "third parties", what do they want with our data, and why would we want them to have our health records? Health records are personal and confidential. They should only be available to the clinicians who treat us, so who do the Conservatives want to have our confidential health records? The green paper is rather coy about this and the only section that seems to cast light on this is an example from Unilever:

"Unilever measured the difference in productivity between its healthy and unhealthy employees and found that those who had a poor score on their health risk assessments also performed at a lower level over time. The company offered interventions to a group of staff to manage stress, cope with pain and sleep more soundly."

This implies that healthier workers means more profits for corporations, hence it is in the interest of corporations to make their workers healthier. This seems to be where the "third parties" come in: your employer has a vested interest in making you healthy. They also have a vested interest in not employing you if you are not healthy and they can get valuable information about this from your confidential health records.

The green paper encourages businesses to share in the health costs of their employees and this statement appears to suggest that employees should share their health records with their employers. The effects of this policy on privacy are significant. An employer who is responsible for the health of their employees will give the employee the "choice" to either share their health records with the company's doctors, or not be employed. If this is the case then it is no wonder the Conservatives are coy about what this policy means.

In this short series of blogs on the Conservative Green paper on public health I have given you a taste of what the Conservatives plan for us if they get into government later this year. I encourage you to read the green paper yourself and their draft manifesto on health and make up your own mind. My opinion is that under the Conservatives the NHS will be privatised and the incidental costs of healthcare to patients will be significant.
at 15:06